They used a series of immune markers such as T-cell counts in testing a range of strains supplied by Winclove BioIndustries and found immune modulation greatly differed among the selected probiotic types.

This in vitro information could be used to aid in clinical trial design, said the researchers led by Sytze de Roock, PhD, from the Center for Cellular and Molecular Intervention, Wilhelmina’s Children Hospital, University Medical Center Utrecht, in the Netherlands.
“We conclude that to make well-founded choices on the type of probiotic strains to be used for clinical application, in vitro monitoring of the immunological effects of the strains using a high throughput method is highly recommendable,” they concluded.
“By building on our current knowledge of strain specific immune modulatory effects it may become possible to design clinically effective, bacteria based strategies to maintain and promote health.” 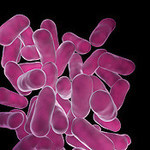 Method
The researchers used 19 different strains including Streptococcus thermophilus,Bifidobacterium bifidum, Lactobacillus acidophilus, Lactobacillus casei andLactobacillus Rhamnosus. These were co-cultured for six days with peripheral blood mononuclear cells (PBMC) of healthy adult donors with T cell subtype effects measured via mediated RNA (mRNA) and protein levels of, “signature transcription factors and cytokines”.
“The expression of the transcription factor mRNA of co-cultured PBMC was subsequently compared to the expression in the absence of bacteria in the culture medium,” they wrote.
“…many differences between strains were observed. Some strains seem to activate different subtypes of T helper cells (e.g. L. salivarius), while others specifically induce one subtype…”
They said previous study outcome variability could be attributed to strain variation.
“For example, it is likely that the inconsistencies in the outcome of studies such as on the prevention of atopic disorders is due to subtle differences in the strains used,” they wrote.
Source: Clinical Nutrition